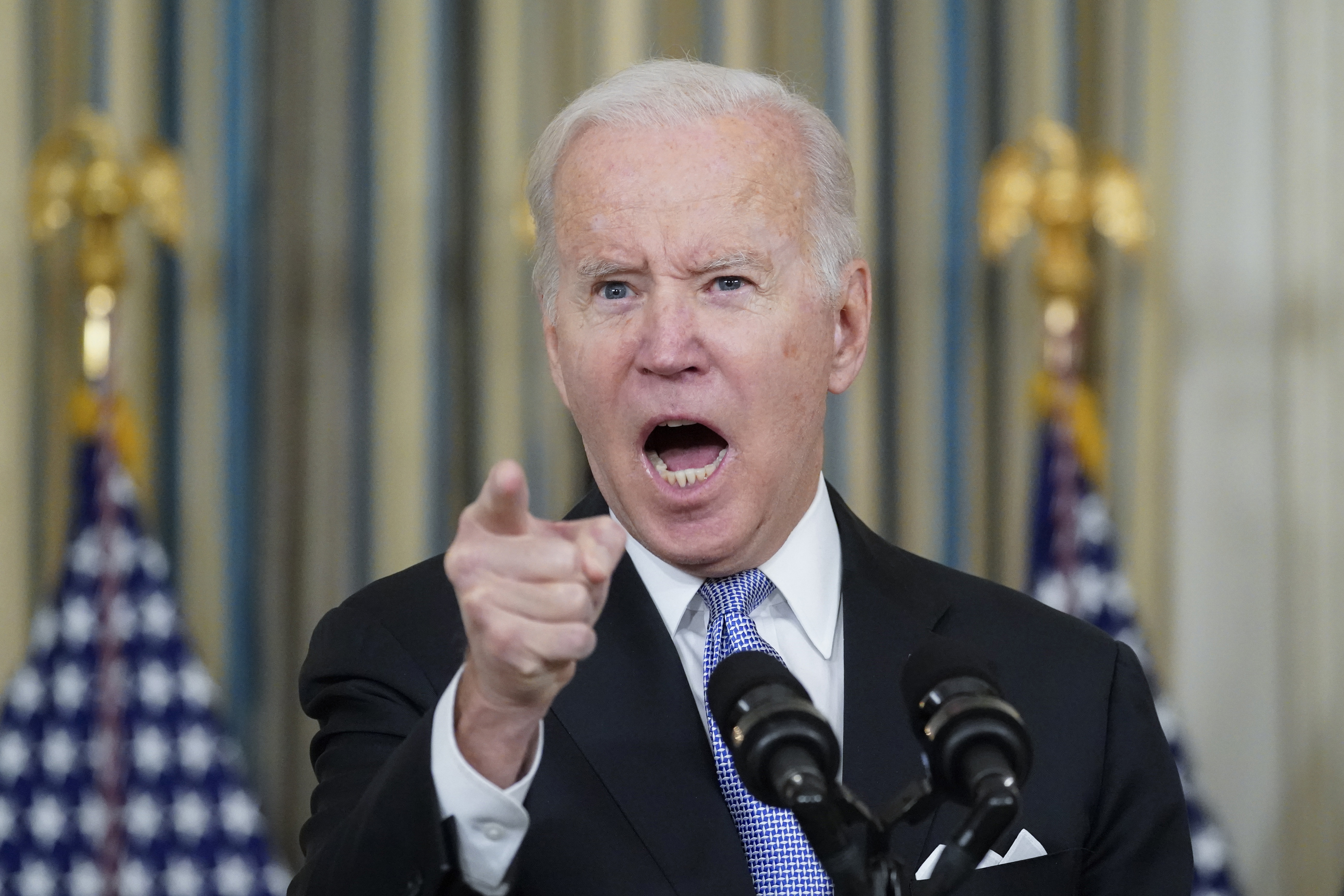 President Joe Biden visited Kentucky to address the tornado damage that led to the loss of 88 lives. Upon arrival, Biden was met with jeers from the crowds and chants of "Let's go, Brandon!"

There were also reports of people waving a Trump flag as well.

The anti-Biden phrase became an internet sensation back in October. An NBC reporter was covering a Nascar Xfinity Series race. The reporter incorrectly labeled the crowd's chants of "f*ck Joe Biden" as "Let's go, Brandon." Brandon Brown was the winner of the race, and the events all occurred in his post-race interview. The reporter said she thought the crowd was chanting in support of Brown. The chant has become frequently used across the country at events, football games, concerts and has been all over social media and the internet.

The President's visit to Kentucky comes after severe tornadoes ravaged the region this past weekend. Currently, the death toll stands at 88 people, with 74 of those in Kentucky alone. The possibility remains for the count to rise as rescue and cleanup efforts are ongoing. The President had conversations with Governor Andy Beshear at Fort Campbell shortly after his arrival.

Homeland Security Secretary Alejandro Mayorkas and state and local leaders joined the President and Governor. Mayorkas told them, "so don't hesitate to ask for anything" from the federal government.

The President also took two tours in Mayfield, an aerial tour of the damaged area that was followed up by a ground tour. He was also scheduled to visit and see the damage in Dawson Springs.

I am sure the crowds of folks who have lost so much were not overjoyed at the President's arrival. It is a heavily conservative area, and it is no surprise for Biden to be met with the "Let's go, Brandon" chants. It has been a common theme for any public appearance that the President has made since the phenomenon started. Do not expect it to end anytime soon as the American people are frustrated with the President, and "Let's go, Brandon" is their way of venting their frustrations.

U.S. Civilians Trapped In Afghanistan Make It Home For The Holidays Without Help Of Biden Administration