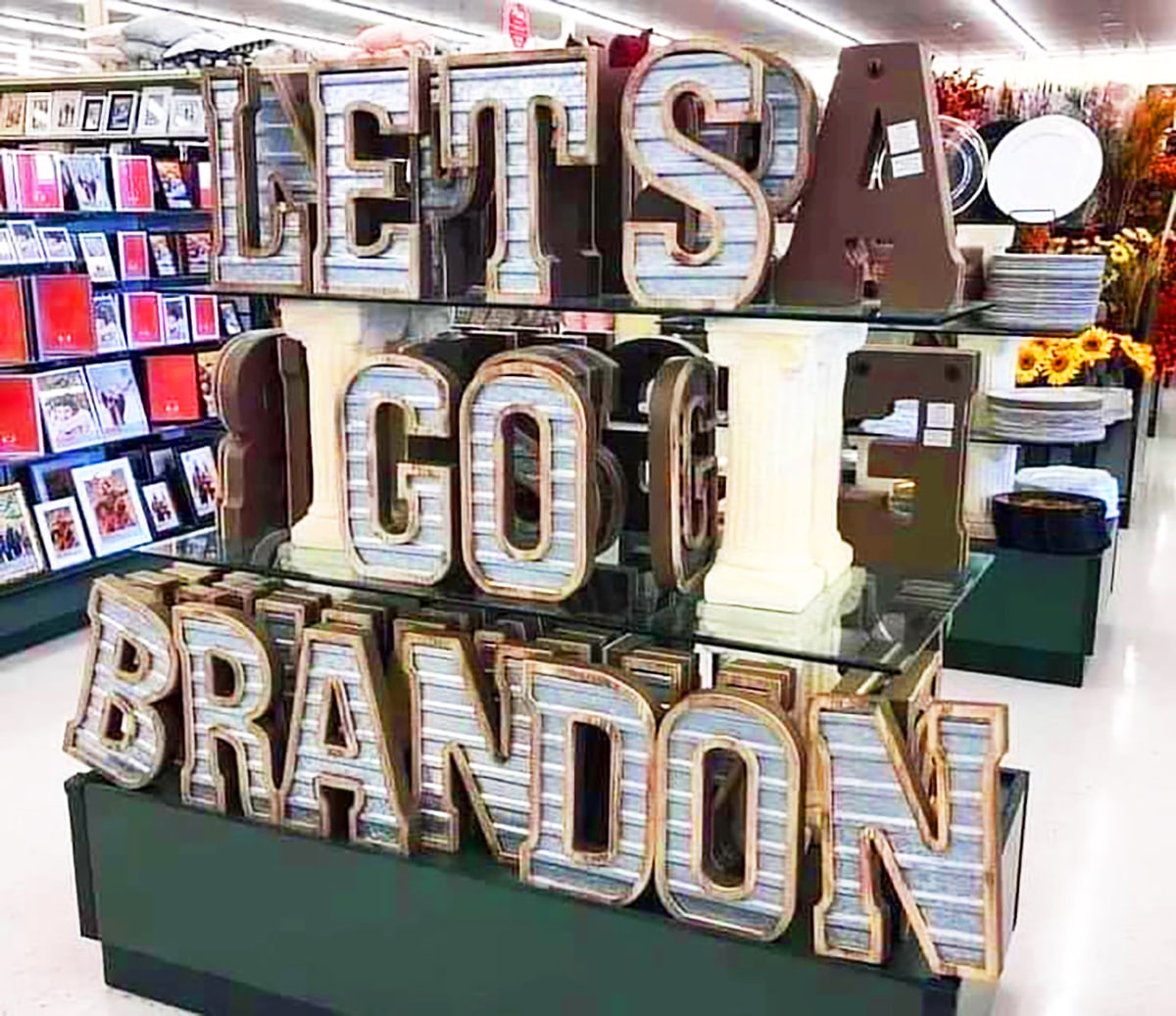 This fall, the "Let's Go Brandon" phenomenon that swept the country, enthralling conservatives and dumfounding liberals, is alive and well this holiday season. A merchandising company that goes by BringAmmo.com has shared with the world that they have produced around 260,000 square feet of wrapping paper with "Let's Go Brandon" on it. To give you an idea of exactly how much that is, you could cover your local high school football field six times over.

To the surprise of no one, BringAmmo.com has done very well with their present wrapping gimmick. Having sold several thousand pounds already. Some may say the item is politically incorrect or unbecoming. Perhaps it is just politically accurate having witnessed the first half of Biden's term as President.

BringAmmo.com is located in Suwanee, Georgia, and sells all kinds of conservative apparel primarily made in America. A company press release stated, "What started as a fun idea for current customers turned into a nationwide frenzy. Since launching, the wrapping paper has consumed 3000 lbs of raw paper and kept a family-owned Georgia print facility busy around the clock." Weather also mentioned, "We're having fun with the snowflakes, and we're putting money in our local community, that makes for a very merry conservative Christmas."

"Let's Go Brandon" was unintentionally termed by CBS sports reporter Kelly Stavast in October during a postrace interview with Brandon Brown. After winning an Xfinity Series race, Stavast unintentionally or perhaps intentionally mislabeled the crowd's "F*ck Joe Biden" chant into "Let's Go, Brandon." Yet, of course, Stavast fervently has said she thought the crowd was chanting "Let's Go, Brandon," in an effort to cheer on Brandon Brown.

Ever since "Let's Go, Brandon" has taken the nation by storm, it could be heard in pretty much every large crowd gathering nationwide. From SEC to B1G 10 football games, music concerts, and every type of event in between, even a few Joe Biden public appearances. Network television did its best to make sure it couldn't be heard, but at times, it was overpowering. As well it has been seen and heard all over social media.