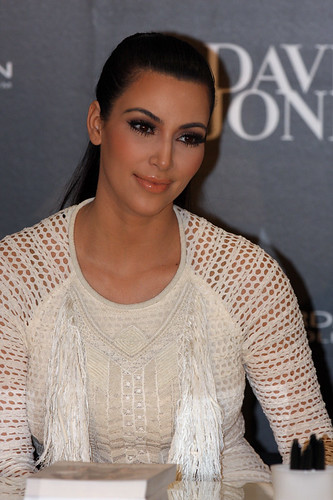 During an interview with Bari Weiss, Kim Kardashian supported her husband's support for Trump.

"I respect the fact that [West] knew exactly what he believed in and always stood by that. To me, that's a good quality to have, no matter who is against you and no matter what the circumstances are. I think that it's just admirable, and it's just a really cool quality. Even if it's not what I agree with, or even if I would have done it differently, I think it's commendable," Kardashian said.

In 2018, the public slammed Kanye West for wearing a MAGA hat during an SNL appearance. At the time, Kardashian argued with her then-husband to take the hat off.

She retells the story, "I was very nervous. I didn't want him to wear the red hat. I'm not really a rule-breaker, so my personality would be like, 'OK, you guys don't like the red hat? I'll take it off.' I remember other people were around, and it became a thing where he wasn't going to go on because he wanted to be who he is."

She admits that looking back, "I think, why should he take that off if that's what he believes in? Why can't he wear that on TV? Half of the country voted for [Trump] so clearly other people like him."

Kardashian agreed that the experience with her ex-husband had taught her more about tolerance. She said, "[Its] Freedom of speech!"

After Trump won the election in 2016, Kardashian worked with his administration on multiple issues, including criminal justice reform. When asked about how she dealt with the criticism, she responded, "I really don't care about the criticism. I mean, my reputation over someone's life? Destroy me, then. I really don't care. It was not even an option. And [Trump] did the right thing."

She added, "I'm just about doing the right thing; I'm really not about politics at all."