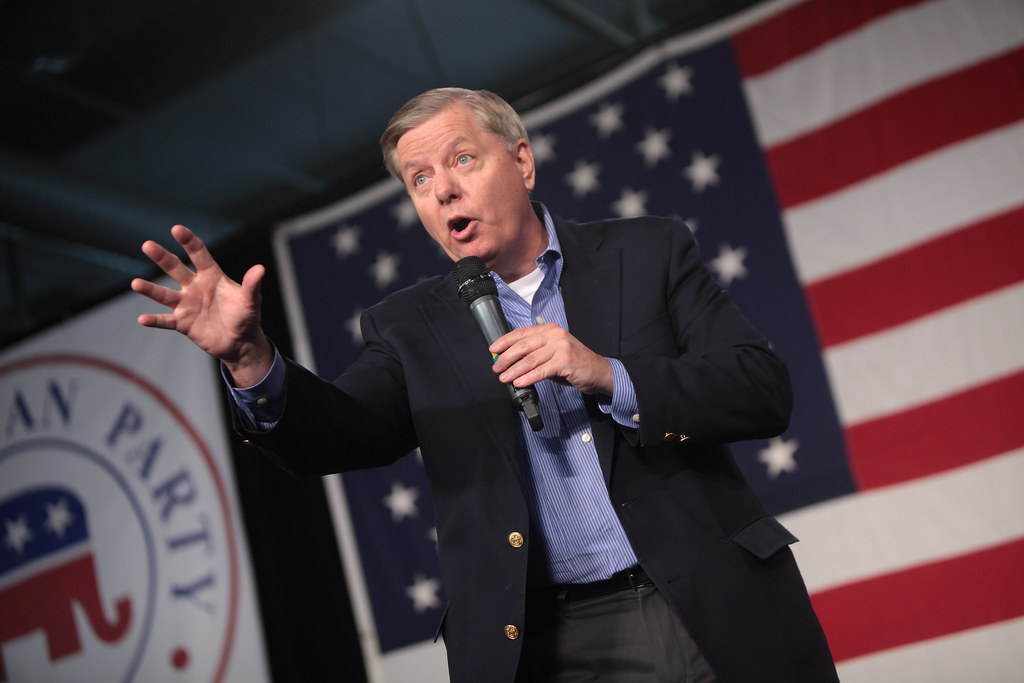 Lindsey Graham by Gage Skidmore is licensed under CC BY-SA 2.0

Last week it became clear that the Build Back Better bill would be pushed until March of 2022. However, Rep. Senator Lindsey Graham (SC) claims the bill is dead.

Graham argues that the continued noncommittal stance of Manchin will stop the Build Back Better plan even as negotiations continue. Manchin has made it clear that he will not vote for the bill if it adds to the deficit.

Democrats claim the cost of the bill is $1.75 trillion, but that is only during the short-term period of the policies. If you look at the ten-year life of the bill, the cost is actually over $5 trillion, a sum many are cautious of adding to the deficit.

Furthermore, Graham disused the problematic child care credit. While many Americans may feel this is a good program, the democrats reporting the bill to the people are holding back some significant points that could cost the average American tens of thousands of dollars.

Graham concluded, “It’s 5 trillion dollars, not $1.75, it’s an inflation bomb, and at the end of the day, Joe Manchin has promised the people of West Virginia, ‘I will not vote for a bill that adds to the deficit that’s full of gimmicks,’ so I think [it] is dead forever.”