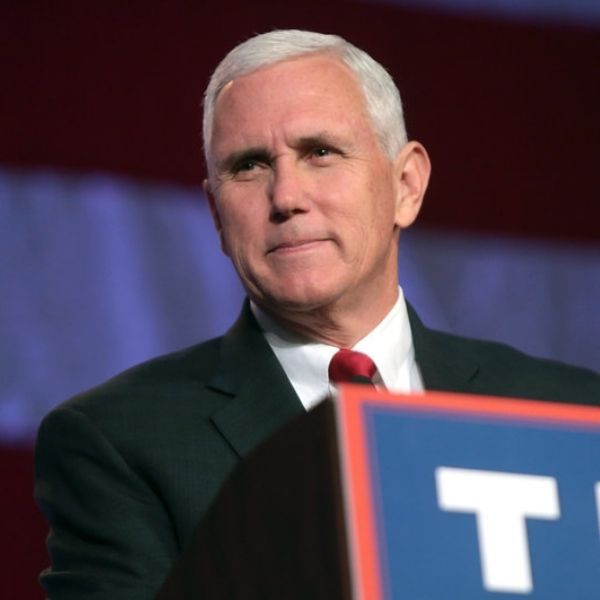 "Mike Pence" by Gage Skidmore is licensed under CC BY-SA 2.0

On Tuesday, Former Vice President Mike Pence called on the Supreme Court to overturn Roe v. Wade. On Wednesday, the supreme court will hear arguments for Dobbs v. Jackson Women's Health, which has the potential to open the door for further argument against the 1973 Roe vs. Wade case.

Roe vs. Wade, the 1973 ruling declaring women have the constitutional right to an abortion before a fetus is considered "viable," allowing abortion for women up to 24 weeks pregnant.

"We are asking the Supreme Court of the United States to overturn Roe v. Wade and restore the sanctity of human life to the center of American Law."

Dobbs v. Jackson Women's Health Organization challenges a Mississippi law that bans most abortions past 15 weeks, which conflicts with the outcome of the Casey vs. Planned Parenthood decision in 1992 when Roe was last challenged. The result of which upheld the constitutional rights of abortion declared in Roe.

Now with Dobbs v. Jackson underway, Pence spoke out at the National Press Club, "Today there is hope on the horizon that the days of Roe v. Wade are coming to an end."

With little doubt left on the ruling of the courts on Dobbs vs. Jackson, Pence stated, "When the supreme court overturns Roe v. Wade, and I believe with all my heart that day will come, either now or in the near future, it will not come as a surprise to anyone. It will simply be the culmination of a 50-year journey whose course and destination has been driven by the will of the American people."

Before Roe, states had the ultimate decision on the legality of abortion. Pence argues that abortion laws belong in the hands of the states. "Americans are ready for an end to the judicial tyranny Roe v. Wade; [and] ready to return to the people and their democratic representatives," Pence said.

Pence argues, "The U.S. policy on abortion has more in common with China and North Korea than Western Europe," referring to countries in Europe that have 15 or 12-week windows of abortion for pregnant women.

Pence notes that many Democrats now believe abortion is "necessary for population control, as the Chinese Communist Party does."

"As we stand here today, we may well be on the verge of an era when the Supreme Court sends Roe v. Wade to the ash heap of history where it belongs," Pence continued.