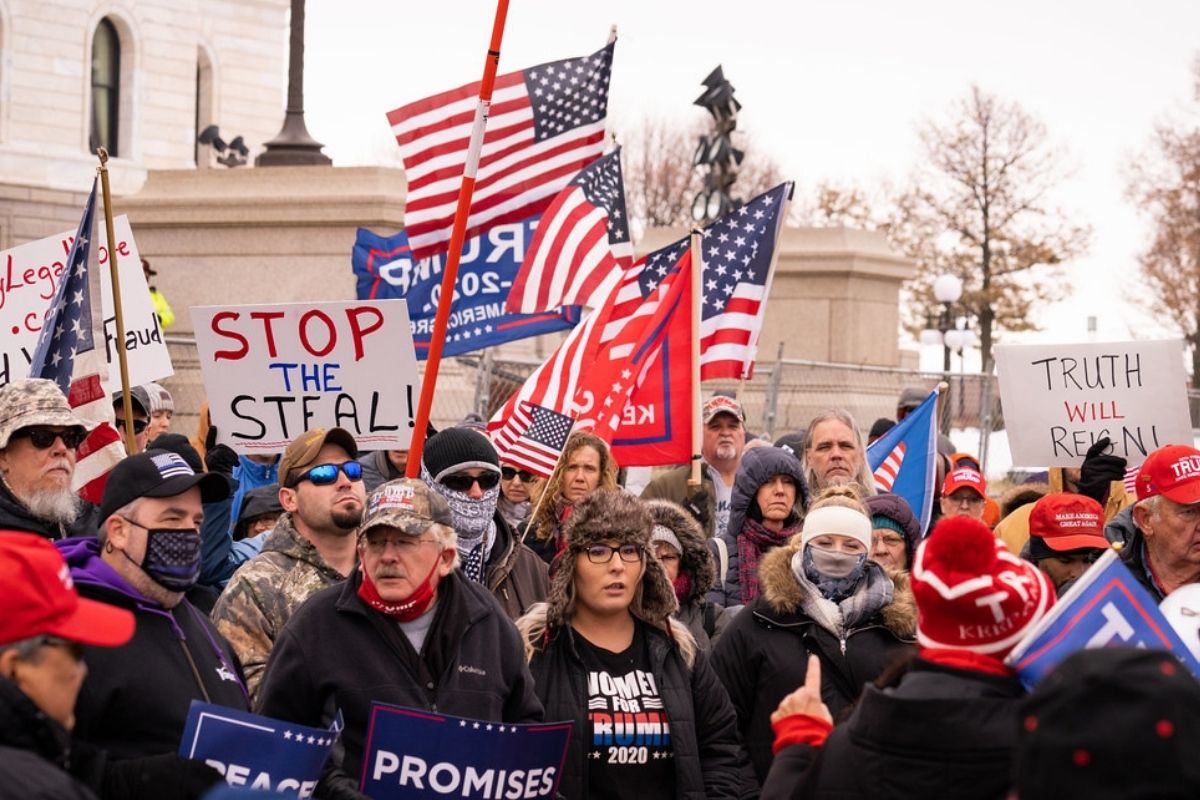 Stop The Steal by chaddavis.photography is licensed under CC BY-SA 2.0

Star of Justified Nick Searcy was at the January 6th, 2021 protest at the Capital called for by former President Donald Trump. Searcy has made a new documentary about the protest with significant footage he shot that day. Capital Punishment offers a media corrective of sorts to the incorrectly labeled “insurrection” by many in media.

The documentary has many interviews with protesters and with many regular folks in attendance that never even entered the Capital, who are still facing unfair punishments for having an opinion. Director Chris Burgard starts the film off with a quote by Harry S. Truman about the Government silencing people “creates a country where everyone lives in fear.”

Searcy narrates the film and even refers to himself comedically as a “domestic terrorist.” Searcy also thinks the election was stolen, and he also had a great vantage point being on the street for the supposed “insurrection.”

Searcy said, “It didn’t look like a riot. It looked like a tailgate party,” the film uses a mix of still photographs, audio, and video snippets to support the stories of participants.

Dr. Simone Gold said, “It was so over the top, there’s still no words to describe it.” Gold addressed supporters inside the Capital during a quiet moment, and has been paying the price ever since with many legal battles.

Overall, the film is a good look at many aspects of what happened on January 6th, and provides a counter viewpoint to what most media outlets have produced about the day.